Doom comes down to us from Proto-Germanic via Old English, originally meaning “judgement”. I am by nature a gloomy person, and that disposition colours my own judgement; I believe that this civilisation is doomed, but I also believe that it’s impossible to disentangle our personalities from our politics, so my judgement should be questioned. There’s also a moralism to the idea of judgement which I don’t like; I’m not judging anybody, and if anything the judgement runs in the opposite direction.

“Doomist” is a derogatory term used by climate activists to refer to people who take the climate emergency seriously, but who believe that we will not be able to prevent it. The most common criticism of Doomism is that it simply doesn’t help: it describes obstacles instead of opportunities, it doesn’t bring people round to the climate cause, and it’s bad for your mental health. The obvious response to that is that whether we’re doomed (or not) is an empirical question that we will learn the answer to, given time; the rest is just aesthetics.

That obvious response has the obvious counter-response that Doomism is a self-fulfilling prophecy, because if nobody has any hope then they won’t even try, and so nothing will be done. I don’t believe this is necessarily true. Lost causes are still worth fighting for, our choices tell us what we think is important, and help us to define who we are. That can be enough to give us the strength to do the hard work of hope that needs to be done every day to bring something new into the world.

I prefer to think of myself as Doomist-Adjacent. I do believe that we might be able to mitigate the worst of it, that we must try to mitigate the worst of it. Either we manage successfully to overhaul this civilisation to minimise climate impacts, or we don’t; but both scenarios lead to transformations so great that what follows will be unrecognisable to us.  This is what I mean when I say that I think civilisation is doomed; both success and failure mean the civilisation I grew up in is doomed.

(My personal view of at least 15 years is that we are far more likely to fail than to succeed. I read the philosopher John Gray’s Straw Dogs, assaulting the basic idea of progress as an illusion of the Enlightenment, and the political scientist Thomas Homer-Dixon’s The Ingenuity Gap, arguing that our demonstrated ability to solve past problems does not guarantee that we will be able to solve future problems, and I concluded that success is not guaranteed; both because success is never guaranteed, and because success births its own failures.)

Civilisations rest on environmental and energy foundations which shape them not just materially but in all aspects, and even relatively small changes to those foundations will have complex and cascading effects on those civilizations. Maybe I’m mistaken – perhaps it will be possible to keep exactly the same cultural, economic, political, social, agricultural, industrial and all those other systems – but it seems to me that the transformations of success and failure both imply not just small and incremental changes but large and radical ones.

So when I try to imagine myself living in a world in which everything is changed everywhere – food production, political governance, industrial processes, social relations – I cannot. I can already feel the texture of the world changing: the seasons have already shifted in ways which unnerve me, and the life of the land feels different to how I remember. The culture I grew up in is already dead, and we are living in its corpse as we wait for the new to be born. All civilisations disappear into their successors, and ours will be no different.

Those of us who have been lucky enough to live in relatively stable places during relatively stable times can fool ourselves into thinking that there is civilisational continuity, but this idea of continuity is just a coping mechanism in a chaotic world. Certain things survive, threads from the older civilisations which we can weave into the newer; but the inhabitants of those older civilisations would not recognise us as their successors; and in our turn, we will not recognise the inhabitants of future civilisations as our successors.

The old threads that we weave into our new clothes are not material; the continuity of values – broadly defined – mainly determines succession. And the values of the modern world seem unlikely to survive, because it is those values that have doomed it; not individual virtues like courage and humility and compassion, but the civilisational values of growth and domination and hubris that lie in our environmental foundations. (It’s worth remembering the many civilisations that have already fallen to their own apocalypses as a result of those values.)

Climate change is not a “problem” to be “solved”, because that’s the type of thinking that got us into this situation in the first place. We are in the environment and of the environment, and we need to learn to think like an ecosystem rather than like a god. Our work is therefore not just material; it is also to try to ensure that our best values persist, rather than our worst. Fighting a rearguard action against tomorrow is futile, and what I hope for is that tomorrow will be better than today – even if I will not be able to live there.

Pingback: Getting Lost in the Weird Future – The Unforgiving Minute 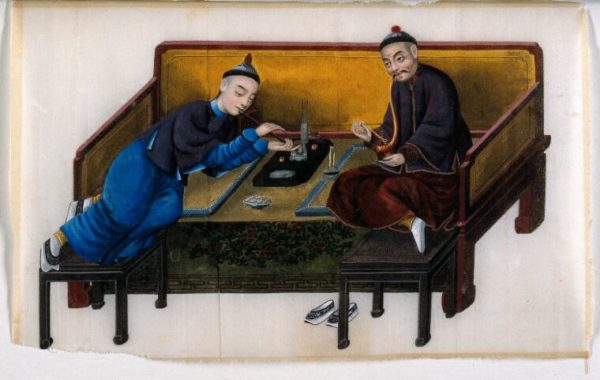