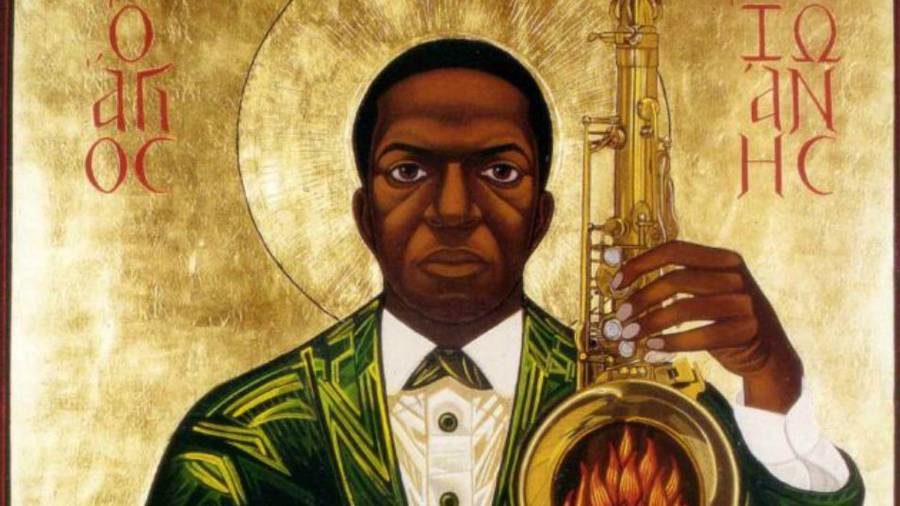 During the Covid-19 pandemic one of the greatest losses for me has been the loss of live performance, particularly music. The lack of touring bands, and particularly the cancellation of the Belgrade Jazz Festival, felt like a genuine loss, particularly because, for a number of reasons, Belgrade does not have a great live music scene. There are jazz clubs here in Belgrade – only a block away from my apartment is Telma, where the semi-house band led by Max Kochetov still played regularly – but something has gone missing.

This is the excuse I give for having gone on an enormous record-buying binge during 2020, including the music of John Coltrane, one of the towering figures in jazz, but a saxophone player I came to late (I was a Sonny Rollins kid). Part of the Coltrane mythos is that, once he found his sound (and he found his sound relatively late) he was continually evolving that sound right up until his death, which the writer Ben Ratliff explores in Coltrane: the Story of a Sound. Ratliff writes about the outsized influence that Coltrane on other musicians, such as Frank Tiberi, another saxophonist who attempted to carry on the legacy of Coltrane:

Tiberi noticed a big difference in Coltrane in 1960… Not wanting to let this pass undocumented, Tiberi started bringing a portable reel-to-reel tape recorder into clubs to tape Coltrane’s sets… His tapes are important evidence of what Coltrane was up to at the beginning of his bandleading… When Verve records made a digital transfer of Tiberi’s tapes, in 2000, they amounted to eighty-six CDs. The sound quality, however, was deemed (by Tiberi as well as Verve) not to be good enough for release. And so an important part of Coltrane’s story remains locked up, for now.

Ben Ratliff, Coltrane: the Story of a Sound

There are three pertinent points here. First, the idea that Coltrane’s development shouldn’t pass undocumented is very much the perspective of the musician or musicologist, rather than the wider community which constitutes an audience. Second, eighty-six CDs is about 115 hours of music, and listening to that in its entirety would be a weird way to experience the music – again, unless you were a musicologist. Third, the image of these important recordings as being “locked up” implies that we should see this as some kind of cultural injustice – that, having done nothing wrong, they should be set free.

Tiberi’s tapes could be released into the public domain by Verve, of course, but that would defy market logic in a number of ways, mainly in that there is no market for them. A huge number of recordings are “locked up” by large corporations under various copyright regimes, and most of us barely notice until it’s brought to our attention. To the extent that these recordings are part of our shared cultural heritage, however, we expect these corporations to act as stewards of those recordings, which makes it all the more shocking when they fail in their duties.

The fire that swept across the backlot of Universal Studios Hollywood on Sunday, June 1, 2008… [eventually reached Building 6197], the repository of some of the most historically significant material owned by UMG, the world’s largest record company… in historical terms, the dimension of the catastrophe is staggering. It’s impossible to itemize, precisely, what music was on each tape or hard drive in the vault, which had no comprehensive inventory. It cannot be said exactly how many recordings were original masters or what type of master each recording was. But legal documents, UMG reports and the accounts of Aronson and others familiar with the vault’s collection leave little doubt that the losses were profound, taking in a sweeping cross-section of popular music history, from postwar hitmakers to present-day stars.

Some of the master tapes thought to have been lost in the fire were of course John Coltrane’s recordings for the Impulse! Record label, and when I first read about the Universal Studios fire, I was hugely distressed at the thought of this specific loss. Yet the more I thought about it, the less distressed I was. Creation is not an event but a process, and artefacts – like master tapes – are snapshots of that process. They shouldn’t be mistaken for the creation itself, although in some cases the creation is so close to the artefact that it can be hard to tell them apart.

In the case of some albums, they’re not a snapshot of time spent on a stage but time spent in a studio. After recording the legendary album A Love Supreme, Coltrane only ever played it live once, at the Festival Mondial du Jazz Antibes, so it exists – and was probably intended to exist – as an artefact. (More specifically it was intended as an offering.) What that meant to Coltrane is hard to say, but what is clear is that, from the perspective of the creative, the place where he was at when he recorded that album was not a place that he intended to stay. It remains a snapshot, albeit a snapshot that Coltrane clearly wanted to keep hold of.

Tiberi’s tapes are artefacts when listened to individually, but taken as a whole they attempt to capture that process. Yet apart from their quality, how different are Coltrane’s official recordings from Tiberi’s unofficial recordings? They’re all snapshots taken while on a journey, not the destination itself; and while snapshots are nice to have, you want to reach the destination. If we lose the artefact – if all recordings of A Love Supreme were to disappear from existence – it would be a tragedy, but Coltrane’s trajectory would probably have remained the same, towards his final destination. But what is that destination?

It’s a trick question: there is no destination. Coltrane was aiming for some kind of transcendence – a destination which many of his early fans were simply not interested in following him to, considering the reception given to his later recordings and performances – but even he knew that any such transcendence would be fleeting. The performance is never permanent; it is intended to be experienced, and then to live on in memory; but memory is not permanent either, it shifts and echoes and returns and decays.

We create artefacts to try and counter this evidence of entropy, but the truth is that artefacts are not permanent either; they are subject to the same physics which cause memory to decay, as entropy must finish its own performance. This isn’t just a fire in the vault but a feature of the technology; the fire is time, which poses a significant problem for the archive.

Over the course of the 20th century and into the 21st, an increasing proportion of the information we create and use has been in the form of digital data. Many (most?) of us have given up writing messages on paper, instead adopting electronic formats, and have exchanged film-based photographic cameras for digital ones. Will those precious family photographs and letters—that is, email messages—created today survive for future generations, or will they suffer a sad fate like my backup floppy disks?… If we look at the time of invention, the estimated lifespan of a single piece of each type of media and the encoding method (analog or digital) for each type of data storage (see the table above), we can see that new media types tend to have shorter lifespans than older ones, and digital types have shorter lifespans than analog ones.

Imagine that we were able to solve this problem, that everything ever created could be preserved forever. This is of course the dream of the digital age, and as we work towards it, less than 100 years after such artefacts became accessible to a mass audience, we run headfirst into the unintended consequences. The first is that streaming services reduce music to an infinite playlist which drains the personal and communal meaning from the music. The second is that as these artefacts – now digital rather than physical, but artefacts all the same – accumulate, their weight becomes an anchor holding back the entire culture.

The idea that there is no destination, and all of our snapshots of the journey will eventually fall to dust, is anathema to our present culture; and so we are taught to fear it in the same breath as we are taught to fear death. Yet the way to preserve culture is not to conserve it, but to perform it, both alone and with others; although it will succumb to entropy just the same as the rest, in the moment when we experience it, it lives forever; and so we live forever too, if only for that moment. The destruction of the archive in Building 6197 should be mourned but not for too long; it is a forest fire that offers the opportunity for renewal.

Can we trust the machine?
Speaking of Freedom