Those of you that have been following us will know that my own journey with blockchain started over five years ago, when I published my AidCoin paper. I’d been on the fringes of crypto/blockchain for a few years already, but that paper sketched out my thoughts on a possible application in the aid industry. The most recent piece I published was the final article about our work with FCDO on a simulation that demonstrated that our (blockchain-based) platform could do exactly what we claimed at scale.

Although we’ve decided to close Disberse, on 1st December we participated in a Next Steps session organised by the Frontier Technologies Hub with FCDO colleagues on “using blockchain to make an impact”. (Datarella from Germany and BenBen from Ghana were also represented.) We’ll soon be publishing a (very) short paper on the role of blockchain in addressing the challenges of international aid flows, but the short version is this: over 4 years we became increasingly sceptical about most of the use cases we heard being proposed for blockchain in aid.

If Disberse had continued, our trajectory was clear. Blockchain at the base (data storage and transaction management) in the short term, and blockchain spread on top (distributed governance mechanisms) in the long term. And in the middle of the architecture, and in the medium term? Nothing. Blockchain either wasn’t appropriate or wasn’t necessary. Strictly speaking, you could even remove it from the base and still maintain functionality – for example, we separated all PII from the blockchain in order to avoid any possible GDPR complications.

The problem is: most use cases in blockchain for aid (and to be honest, in many other fields) happen in that “middle of the architecture” space, and not enough questions are asked about whether it provides genuine added-value, and whether that added value passes a rigorous cost-benefit analysis.

One claim often made is that blockchain is a “trust machine” for relations between disparate stakeholders – but this isn’t true. You’re not removing trust; you’re asking clients to trust a piece of software that they barely understand, rather than an individual or an institution. Since they don’t understand the software, what you’re really asking is that they trust you – the expert / consultant / start-up company – when you tell them they can trust the software. So blockchain doesn’t create trust, it simply displaces trust and adds another layer of relations.

One of the things we emphasised to clients that Disberse had an electronic money license from the FCA – we were a regulated company under UK law. So even if you didn’t know us, you could have some confidence in us as an institution (if you have confidence in the FCA, of course). And this was critical. People *want* to trust institutions because it simplifies their work. It means they don’t have to go through so much due diligence; they don’t have to independently research the technology; they can move the working relationship forward more quickly.

We didn’t discount blockchain completely. We still believe that blockchain could play a key role as the infrastructure for distributed decision-making that is going to be essential for changing the power dynamics within aid, to make “localisation” reality rather than rhetoric. What that means is *creating new institutions* with blockchain as infrastructure, not expecting blockchain to substitute for institutions. And even this relatively simple goal still needs a lot of work, because most blockchain experts are – quite understandably – not governance experts.

On the call with FCDO people were asking the same questions that we’ve been hearing since 2015: what about cryptocurrencies? Can this be used for criminal purposes? Are organisations actually using it? How does blockchain work, actually? These are not stupid people, and they’re not really stupid questions. What they are is questions from 2015 that shouldn’t need to be asked in 2020. By this point they should be dealing with institutions that they can trust, so they can just ask the real question: is this technology actually going to be useful for us?

Is this technology going to be useful? Maybe. But blockchain proponents have to wake up to the fact that they need to do a lot more work if they want their technology to actually be used by institutional actors. And by “a lot more work” I mean building their own institutions. If you’re thinking about using blockchain, ask yourself if you could implement your project without blockchain. If the answer is yes, then why are you thinking about using blockchain? And if the answer is anything other than “decentralisation”, it’s probably the wrong answer.

I have yet to see a blockchain project which didn’t quietly roll back key features of blockchain as it became clear that they either didn’t work, or didn’t add value in the way people originally thought – but these still get called “blockchain projects”. I include Disberse in this; part of our journey was going through this learning process, modifying both our architecture and our pitch in the short-term, and thinking very hard about the role that blockchain could play in the long-term.

I don’t see how putting existing processes on the blockchain adds anything: it’s usually more expensive, slower, and adds layers of complexity to implementation; these then require workarounds, and if they work around, is it really a “blockchain project”? At Disberse we weren’t putting existing processes on the blockchain; it sometimes appeared that way, because we were just “making financial transfers on blockchain”. But that surface reading missed the long-term transformational ambition which involved decentralisation of the entire aid industry.

I don’t mean to undermine projects which are testing blockchain for aid: these are smart people with good intentions who believe in what they’re doing, and at least they’re doing something. But we need to ask much harder questions about claims that are made for technology – not just blockchain – and test those claims against the right metrics. Cost-benefit analysis needs to be rigorously applied, but against how blockchain will be practically implemented in the real world – not against some platonic ideal of a distributed ledger.

Firefighting Forever in the Age of Data 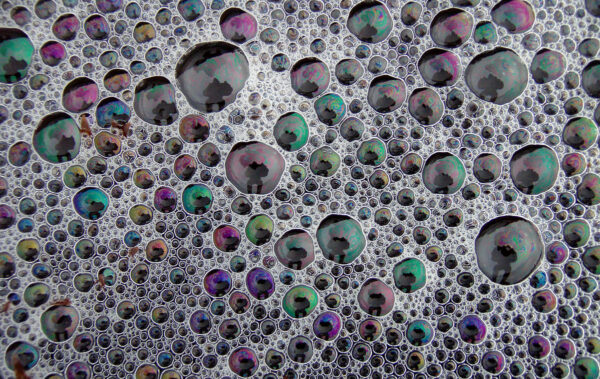